What could be better than celebrating with some Blueberry Crumb Cake? 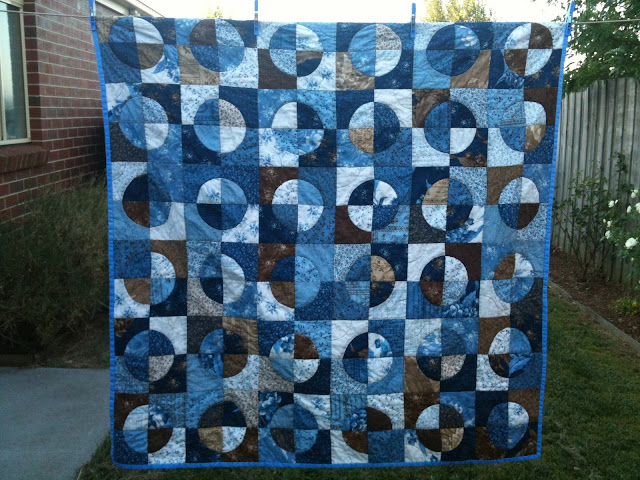 Anyway, thank you to the clever people at Accuquilt http://www.accuquilt.com/ for their brilliant machine and Drunkard's Path die.  I have wanted to make a Drunkard's Path Quilt for a very long time, but the thought of cutting out all those pieces!  Argh...so one layer cake and some handle turning later, all the pieces were cut and then it was matching pieces together and then sewing them.

The hardest part was the quilting.  I knew that I wanted to keep it fairly simple but wanted more than stitch in the ditch.  I played around with circles within cirles but it statred to detract too much from the fabric - I didn't want the pretty print to get lost.  And then I had one of those 'ah ha' moments.  I decided to trace cirlces at the intersections of the blocks and so that was it.  Simple but effective and I just adore this new quilt.
Posted by Claire at 10:11 PM