There has been a lot going on but at the same time there hasn't - if that makes sense.  Busy doing family and household things.  2 trips to the orthodontist for kids 2 + 3, one new set of x-rays and a 'keep going, you're doing really well' - that was for #2, she was hoping that the archaic and barbaric structure she has in place would come out early (due out in October) and there is a chance it may, but not as early as she would like...then the braces go on.  Yikes!  All because she sucked her thumb... 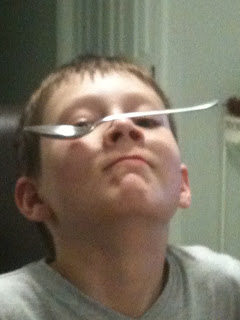 Baby bear #3 has discovered a new talent...I'm so very proud ;)
he had us all giggling the other night while he was waiting for his dessert. 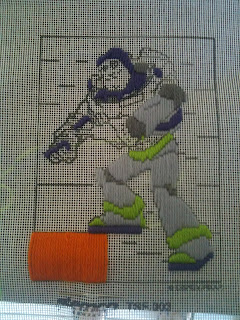 This old Buzz Lightyear long stitch has made a resurgence.  I bought it ages ago in an attempt to get baby bear #3 working his hands and fingers and also because he is a HUGE Buzz fan.  It has been very hit and miss - his frustration levels are not the best.  #2 has been working on it for him a little.  Don't expect a finish on it any time soon. 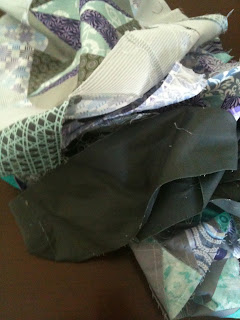 This is what remains of my Marcelle Medallion.  Yes, I pulled it apart.  I had always thought it needed one extra border and then I was having trouble getting the borders to fit and blah de blah blah.  So I did what any self respecting crazy person does...I unpicked it. 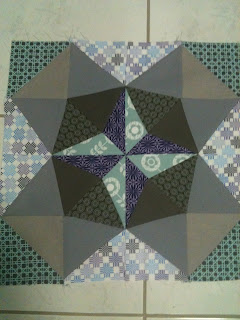 And started again.  I have kept the original centre piece and think I will turn it into a pillow.  I redid the centre making sure that it was spot on and much to my dismay, surprise, pleasure - it was exactly the same size as the first (so I didn't make a boo-boo after all).  I spent the better part of yesterday afternoon sewing the borders on - I made a few minor adjustments and now have 2 borders to go and the top will be finished.

Think I may need to go to Spotlight this afternoon to get the necessary batting and backing fabrics.  Any suggestions on how to quilt it?
Posted by Claire at 8:57 AM