T.G.I.F and that the postie knocks on your door… 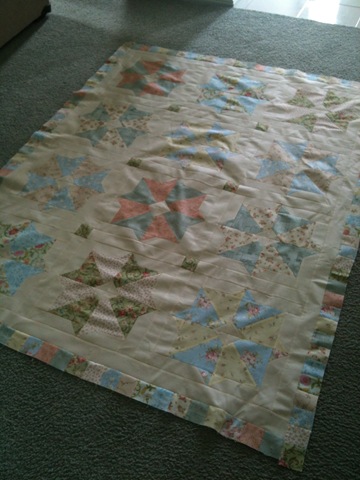 So the top of Poppy is all done, sandwiched and ready to go…still deciding what to do to her. 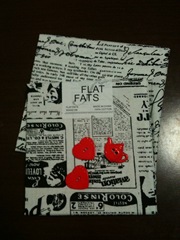 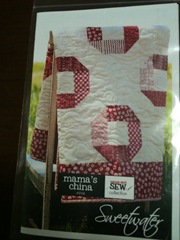 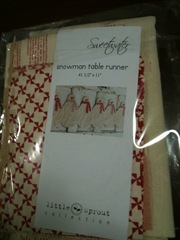 The postie got off his motor bike today and knocked on my door – yay, 1 bill (poo to that I say) and 2 parcels.  One was my F.Q. swap for January which was words and numbers.  My partner sent me 2 great b/w text prints and 3 red buttons – one of them is the cutest little teapot!  The other parcel was my order from Sweetwater and I was happy because I have been waiting for the quilt pattern to arrive, I’ve had the jelly roll of Mama Said Sew since just after Christmas.  The other reason I was happy because the printed Christmas tree I ordered arrive – see below; 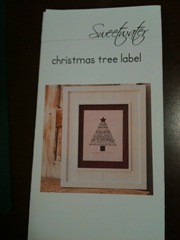 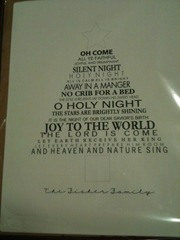 it has our name on it!  I can’t wait for Christmas so I can display it…ok, so I need to finish it first, but still. 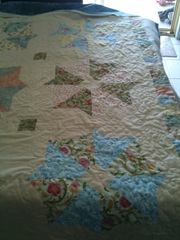 later in the day I made a start on Poppy and decided on a whim to try an all-over loopy meandering stipple.  Never done it before and all was great until I ran out of thread – by this stage the shops had shut so it forced me to put her away and start some secret sewing for ???, but it’s all done and ready to be posted on Monday now.  So doing a Cheryll, I’m giving and initial-less peak of what I’ve made - the inital is on the underside of the scissors keeper: 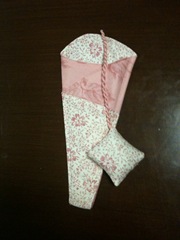 I’ve been out this morning and purchased some little needlework scissors to put in also .  So that’s it, I’m off to sew something AFTER I feed my bear cubs.
Posted by Claire at 12:26 PM